We have been crunching the numbers on the listing movements in the Amazon FBA business sales space for Q1 and Q2. The biggest takeaway is seeing the change in sell-through rates for the different price points. The lower end of the market isn’t selling anywhere near as fast, whereas the higher priced businesses are flying off the shelves.

First, please read this quick note about how this report data is put together. We search for ALL listings available online and compile the data. We are limited to publicly available data and rely on brokers and websites to update when listings are sold, the current price and other details. At this time there is no central repository of sold online businesses. 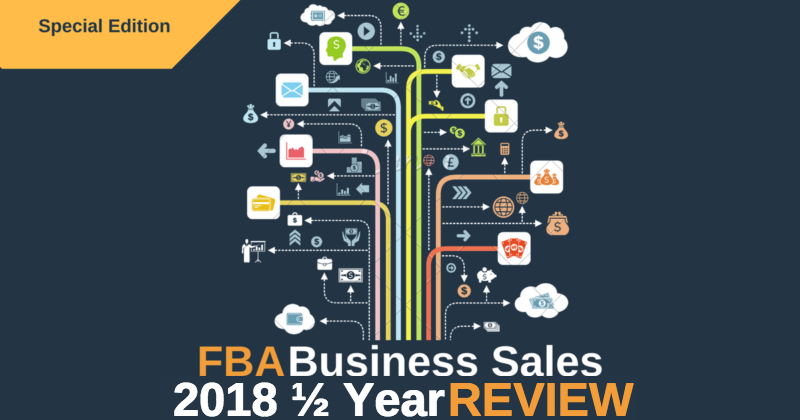 An overview of the numbers!

Here’s how the half-year results look:

Looking at the pie chart below we can see for 2017 compared to 2018 that there have been a lot fewer sales so far as a percentage, and this is later reconfirmed with 2017 sales data. Additionally, the amount of active listings is over 42% compared to only 26% at the close of 2017. 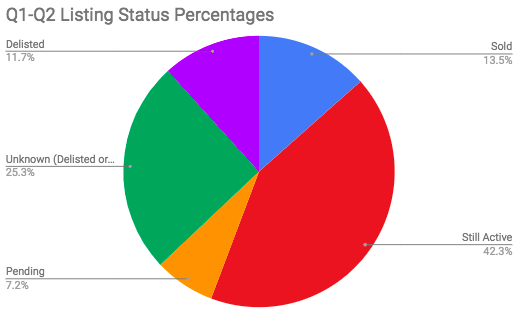 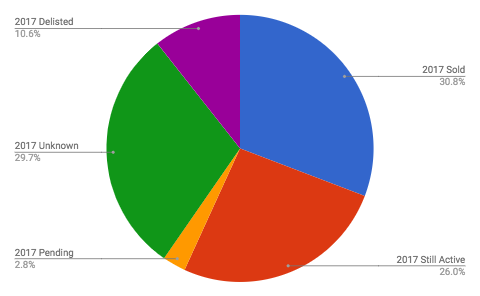 Here’s how these 513 listings breakdown based on the list price. Currently, there are fewer listings being tracked compare to 565 at the end of 2017. 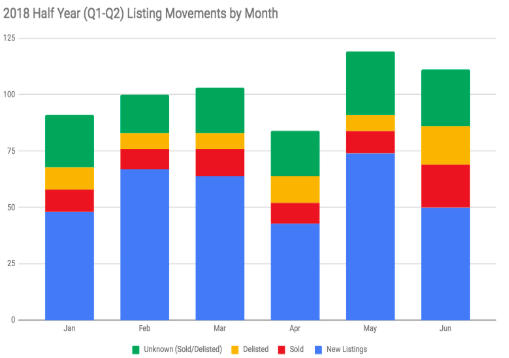 Taking a closer look at the sale per quarter we can see 2 things: 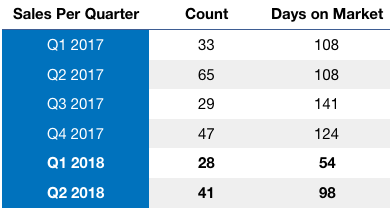 There is certainly a correlation between the sold listing in Q1 2017 & 2018, both having the lowest days on market for the respective quarters. Again, we saw savvy buyers rushing to snap up the best deals from the new January listings.

If we look at the sold listing by segment below we can see that the larger businesses, those with a list price between $2-5MM had the best sell-through rate (39.5%). However, for 2017 this segment was the 2nd lowest in sell-through rates. What we are seeing in 2018 are the Private Equity buyers who have raised funds specifically to roll-up product brands, are now deploying their capital to acquire the best cash flowing businesses they can find.

*We have included pending results (which may or may not close) to ensure there was enough data to provide insights for a half-yearly review.

A $73MM supplement company takes the honour of the largest FBA business known to have sold in 2018 so far. The business also takes the award for the highest list price multiple of 5.14x, but it is likely at this range that an average amount of inventory is included in the list price. It took 182 days from list to sold, it had only 16 products and interestingly Amazon was its sole sales channel.

The below table shows the average days on market by price segment. We note that the $2-5MM range, which had the best sell-through rate, also has the lowest average days to close. It is worth noting that 5 sales is not a large sample size to report on, so it will be interesting to watch where this Lower Middle Market segment closes for 2018. As mentioned above there are 12 pending listings in this range which are yet to close and therefore the low average is expected to increase.

Days on Market for Active Listings
At the end of June 2018 the marketplace had 217 active listings. Of this 54 % have been on the market for less than 90 days, making the bulk of available inventory fresh on the marketplace. Whereas business listed in 2017 or before are a much lower percentage of the overall active listings. The likely correlation here is with brokerage agreements which are generally for a 6 month period.

To determine this most sort after FBA Businesses we’ve tabled the top 5 Amazon Categories from the sold listings only. Home & Kitchen took to top spot again for the most sold listings in 2017 & now 2018. Sports & Outdoors took 2nd place with Various (meaning not 1 single focus) coming in a close 3rd. 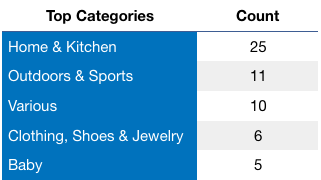 If we look at the averages across the segments you’ll see that there are some slight movements in the different price points. It seems that in Q2, most of the listings multiples are starting to rise after a dip in Q1.

However, if we compare the median multiples, rather than the averages across 2017 to 2018 the multiple is almost the same. So while we do see some fluctuation amongst the quarters, overall for the period the margins appear stable.

If you’re looking to sell your FBA business, you can use the table above to determine an estimated list price for your business. Take your annual net profit and then multiply it by the appropriate median multiple for that segment. For example:

Remember that this is just an average. Your business might actually be at higher (or lower) multiple depending on many factors, such as net margin, product diversification and brand synergy.

Join the LIVE 5- DAY CHALLENGE to discover how to sell your FBA Business for the highest price... even if you don't use a broker!

LEARN MORE ABOUT THE CHALLENGE
We use cookies to ensure that we give you the best experience on our website. If you continue to use this site we will assume that you are happy with it.OkPrivacy policy